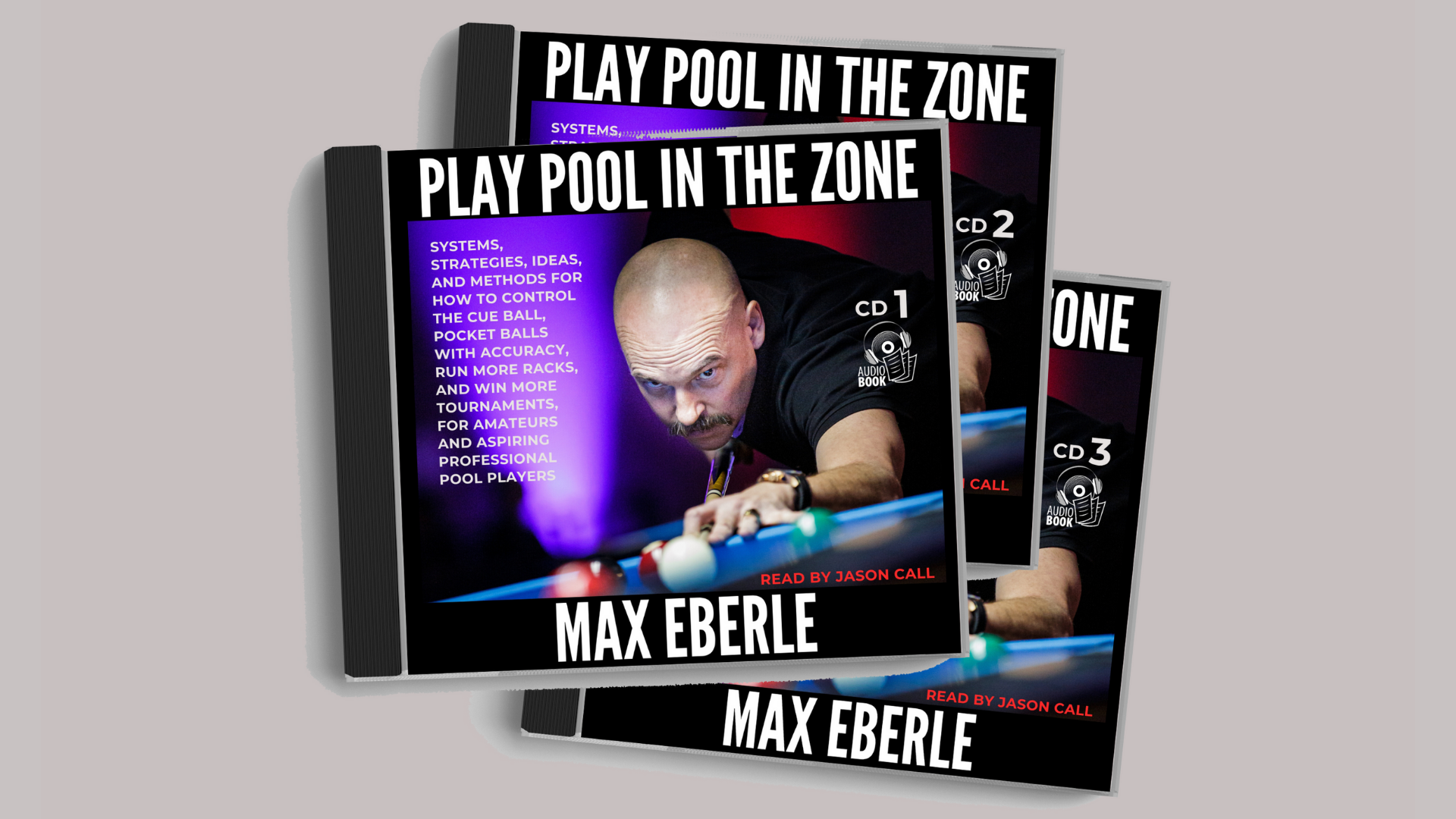 Almost every pool player has experienced the incredible feeling of being "ON," when they made just about every shot they looked at and got the cue ball to go just where they wanted to with ease.
The difference between the pros and everyone else is that the pros can play like this by force of habit and skill, where the amateur has to just have a lucky day by chance and "fall into the zone," never knowing when it might happen again, if ever.
This book aims to change all of that, and give the pool player the tools to "play pool in the zone" much more frequently, with more intensity, and almost as if on command... thus making them a better pool player for life!
Here's Just Some of What You Will Discover While Listening To This Audio Book... 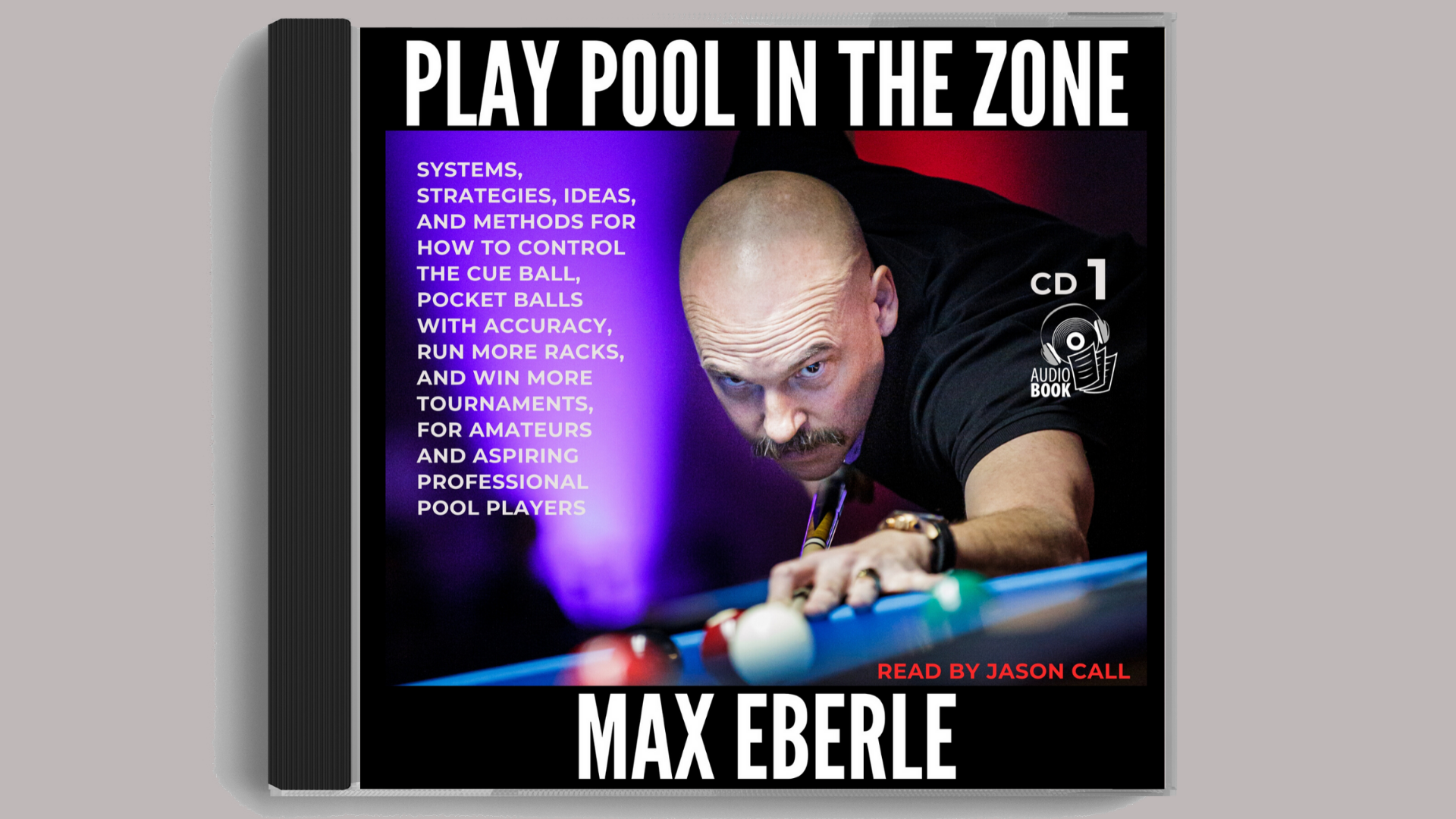 Learn Winning Tips, Tricks, and Secrets From A Derby City Classic Champion And Take Your Game From Wherever It Is Now... Up To Where It Belongs!

"HIRE" Max Eberle as your coach, who is one of the world's most requested private instructors and film & television performer/consultants. Max's clients include major movie studios, brands, celebrities, and pool enthusiasts of all ages and skill levels on multiple continents.  He is currently active as a private/group coach and as a world class professional player.
LEARN from a coach who has beaten most of the best players in the world, Max has beaten dozens of World 9-Ball, 8-Ball, 10-Ball, 14.1 World Champions, and US Open 9-Ball Champions, many of them on multiple occasions, in major events.  Learn from someone with victories against the greats, so you can start beating the legends too, and you might just become the next legend yourself.
GET SECRETS From Max who is the reigning World 10-Foot Table 14.1 Champion at the Derby City Classic, 4-Time West Coast Pro 9-Ball Champion, 2-Time National Collegiate 8-Ball Champion, and former BCA Junior National 8-Ball Champion.  He was twice ranked top 5 in the Mosconi Cup USA Points race and voted Sportsman of the Year on the Mens' Pro Tour in 2003, and is still active as a professional player.
BENEFIT from Max Eberle's decades of training and spending thousands of dollars traveling the world competing professionally from the USA, to Europe, to Asia, and Latin America, learning directly from the best ever by playing against them in World Class Tournaments and developing life long friendships and gaining secrets from the best pool players of all time, guys like Nick Varner, Mike Sigel, Earl Stickland, Dennis Orcullo, Buddy Hall and many more.  Plus Max has many tricks of his own to share with you. 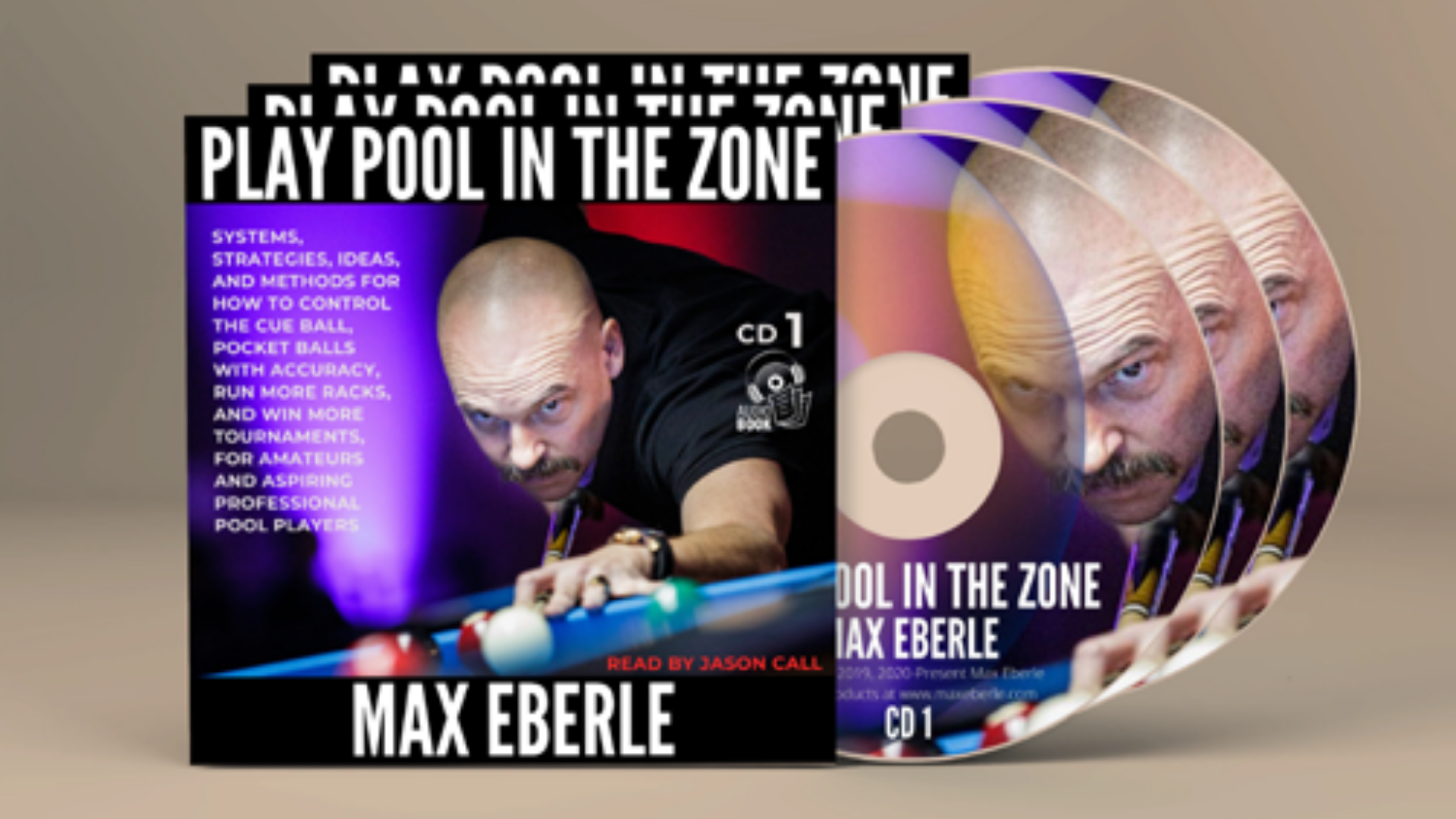 ONE TIME OFFER ($5): [Normal price $19.95] Inside the 172 pages of ZEN POOL, Awaken The Master Within, you will find gems of wisdom and hard earned secrets covering a multitude of subjects, the actual physical techniques, thought processes, drills, hacks, and shortcuts that I've used to win the World 10-foot table 14.1 Challenge at the Derby City Classic, three National Championships, hundreds of regional events and defeat scores of World Champions & the most famous players and hall of fame pool legends on earth. Join the thousands of pool players across the earth who have improved their game with the help of this book.